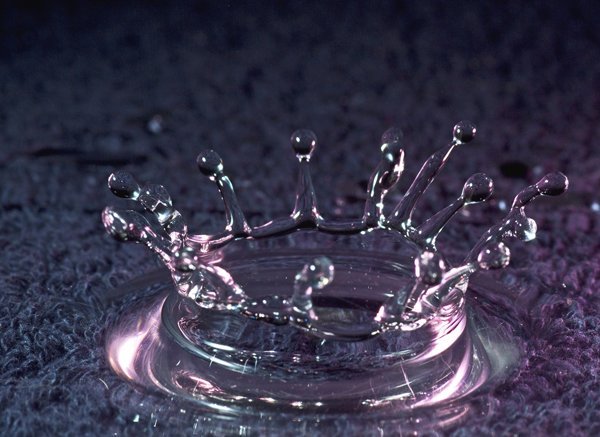 Do you know councils and water authorities around the country are moving towards the use of chloramines as an alternative to chlorine?

Chlorine has been used for decades in Australia as a means of sanitising our drinking water. However it produces a byproduct called THM’s; which is a known and proven carcinogen. Due to this, and the low residual life of chlorine, councils and authorities are moving towards the use of chloramines instead.

Chloramines stay in the water longer than chlorine and continue to disinfect in the extremities of extensive pipeline systems. Monochloramine is a weak disinfectant and the most common of the chloramines used in water sanitisation; requiring 25 to 100 times the contact time of free chlorine for equivalent disinfection.

Why is Chlorine bad?

Trihalomethanes are formed as a by-product predominantly when chlorine is used to disinfect water for drinking.

They represent one group of chemicals generally referred to as disinfection by-products. They result from the reaction of chlorine or bromine with organic matter present in the water being treated.

The THMs produced have been associated through epidemiological studies with some adverse health effects.

Many governments set limits on the amount permissible in drinking water. However, trihalomethanes are only one group of many hundreds of possible disinfection by-products—the vast majority of which are not monitored—and it has not yet been clearly demonstrated which of these are the most plausible candidate for causation of these health effects.

According to the U.S. Council of Environmental Quality “The cancer risk to people who drink chlorinated water is 93 percent higher than those who don’t”.

Chlorine was first added to a community water system in 1908 in Chicago and was instrumental in eliminating many types of water-borne disease such as Cholera and Typhoid fever. Prior to chlorination, many major cities had death tolls of 1 in 1000 people from Typhoid alone. Chlorine has been used to disinfect municipal water for over 80 years and has had some positive effects on public health. In the 1970’s it was discovered that chlorine, when added to water, forms Trihalomethanes (chlorinated by-products) by combining with certain naturally occurring organic matter such as vegetation and algae.

Dr. J.M. Price, M.D has made many statements including the following: “The cause of atherosclerosis and resulting heart attacks and strokes is none other than the ubiquitous chlorine in our drinking water.” and that “Chlorine is the greatest crippler and killer of modern times. While it prevented epidemics of one disease, ill was creating another. Two decades ago, after the start of chlorinating our drinking water in 1904. The present epidemic of heart trouble, cancer and senility began.”

Two studies in Epidemiology 1998;9(1):21-28, 29-35 found that lifetime consumption of chlorinated tap water can more than double the risk of bladder and rectal cancers in certain individuals. Both studies examined the lifetime water-consumption patterns, diets and lifestyles of over 2,200 middle-aged and elderly Iowans suffering from either bladder, colon, or rectal cancers. Those profiles were then compared with those of a pool of nearly 2,000 healthy ‘controls’.

Chlorine on your thyroid

You probably know chlorine as the chemical that keeps swimming pools clean. But did you know that you are exposed to it when you drink a glass of water or take a shower?

Chlorine is used to disinfect the water supply of harmful organisms and pathogenic bacteria, and your tap water probably contains a significant amount. So when you drink tap water, you’re putting chlorine direct into your body. But that’s not the only source of exposure in your house. When you take a hot shower, chlorine is absorbed into your body both through your skin and through vapors going into your lungs. A hot shower is even worse, because hot water opens your pores and allows the chlorine to absorb more easily.

Chlorine, Fluoride and Bromine. All three of these chemicals interfere with the absorption of iodine by the thyroid gland. Why does this matter? Well, adequate iodine is vital for the proper function and health of your thyroid. If this absorption process is affected, insufficient iodine is retained in your thyroid and hypothyroidism is the result.

Chlorine is a know gastric irritant. Eliminating the chlorine and other irritants found in most public drinking water can benefit those with inflammatory bowel disease, ulcerative colitis and Crohn’s disease.

There are a couple of ways to eliminate chlorine exposure in your home. Firstly, you can buy a filter for each tap, and shower filters for your bathrooms. There are some excellent filters available which will eliminate more than 90% of the chlorine, and they will also reduce the heavy metals and other nasty chemicals that are present in your water.

How to remove Chlorine

The downside of chloramine, apart from the fact that it contains ammonia, is the difficulty in removing it from drinking water supplies. Standard water filters can only remove 10-25% of their rated capacity of chloramines. Consequently the filter cartridges would need to be changed more often, or a different type of filter used instead.

We can supply filters to remove this product at more effective rates and best of all you can buy these and virtually any other type of filter at wholesale prices.

Try our ever popular Alkaline Water System and remove 99.9% of chlorine.

Our top of the range filtration system is the ASRO4R. It has been designed to remove greater than 99.9% of all contaminants in your drinking water making it more pure than any water you can buy, at a lot lower cost and available on tap when you need it.