PERINATAL MENTAL HEALTHCARE – OBSERVATIONS AND RECOMMENDATIONS FROM A MIDWIFE COUNSELLOR 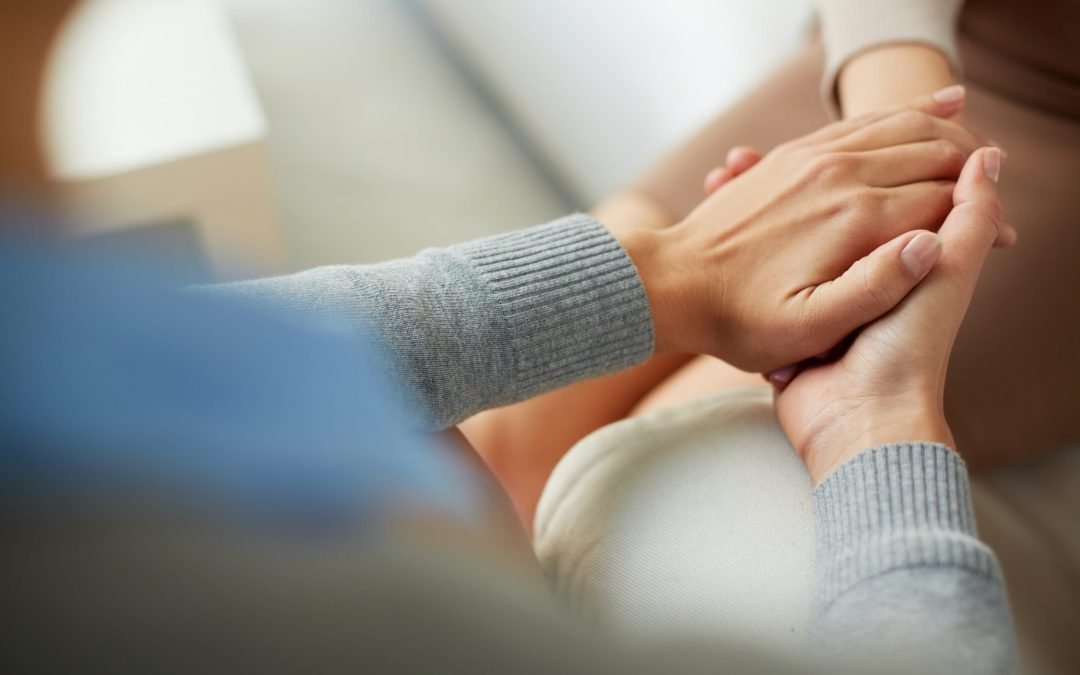 I have practised as a midwife for the past 28 years and through completion of the Master of Counselling at La Trobe University I have now formally incorporated counselling into my private midwifery practice. Midwives are the key professionals who provide the emotional care needs of women throughout pregnancy, labour, birth and early parenting. It is evident in my midwifery practice that women build an attachment with their midwives which is of great healing and therapeutic value in itself as in a true psychotherapeutic relationship between a client and counsellor. I am developing a way of combining these roles while maintaining the essence of them both. My objective is to develop a strong therapeutic partnership with mothers. The observations and recommendations proposed here are drawn from both my experience of practice as a midwife/counsellor, and my reading of salient professional literature.

Beyond Blue is an independent, not-for-profit Melbourne based organisation that promotes evidence-based approaches to depression and anxiety. The Beyond Blue Guidelines make recommendations on key areas of perinatal mental health care. They are an accepted resource for all health professionals working with women in the perinatal period. Beyond Blue (2009, p.vi) in their summary suggest “an approach based on routine assessment of emotional health and wellbeing during pregnancy and the following year”, integrated into regular health checks with care providers, including a midwife. Regular mental health assessment by a caregiver is particularly useful, because one of the barriers to women in accessing support is denial of PND symptoms (Buist & Bilstza, 2006). Therefore the role as midwife opens the door into the role of counsellor.   The Beyond Blue Guidelines are underpinned by the bio-psychosocial model of mental health. This model encapsulates the factors of biochemical changes, psychological function, genetic predisposition, life events and social support systems.

In Sigmund Freud’s work (1926), birth was considered to be the origin of anxiety. He believed that entrenched, repetitive patterns are developed from early trauma (i.e. birth). It is now believed that the birth process can result in trauma for the mother resulting in postnatal depression and this can have a significant impact not only for the infant, but family and significant others (Beyond Blue, 2011). Bowlby (1969) in his attachment theory describes how poor quality relationships between mother and baby can hinder the infant’s brain development and psychological functioning later on in life. It is now well recognized that parental mental health is pivotal in the early psychological development of infants (Murray & Cooper, 2003).

The sense of loss in becoming a mother is profound. The loss of lifestyle, the loss involved in changed relationships with partner and friends and loss of confidence in a new role is a common theme. Becoming a parent is clearly challenging in itself, but the risk of depression and anxiety is increased significantly if there is a past or present history of mental health disorders; a family history of mental health disorders; physical or sexual abuse; or current life events causing stress (Beyond Blue, 2011). As early as practical during pregnancy, and within 6 weeks after birth, a careful assessment of psychosocial factors should be taken. In identifying any such factors it is important to not detract from the normal experiences of becoming a parent nor to focus excessively on the potential for mental health disorders in new parents.

My experience as a practitioner combining both midwifery and counselling, in addition to my reading of relevant professional literature, leads me to recommended that use of the Edinburgh Postnatal Depression Scale (EPDS) should be a key component of assessing women for symptoms of perinatal depression. Women should complete the EPDS at least once and preferably twice in the antenatal as well as in the postnatal period. I have found the use of EPDS helpful not necessarily for diagnosis, but for identifying the need for closer follow-up. If the score is high (15 or above) I recommend a medical/psychiatric referral.

While there is a large body of evidence that supports this tool, it is not fool proof and at times it may not give an accurate representation of the client’s mental health status. For some women the experience of nausea and vomiting and extreme fatigue or fear of miscarriage in the pregnancy can increase the score. In addition I may be suspicious that my client is experiencing depressive symptoms, but her score may be low.

While the occurrence of puerperal psychosis is relatively rare (1:500), it is greatly increased with women who have a previous history of the disorder or who have a history of bi-polar disorder. Beyond Blue (2011) recommend referring this group of women to a specialist. The onset of psychosis is often unexpected and rapid and occurs within 48 hours and 2 weeks postnatally. Lapsed insight and judgement can jeopardize the safety of mother and baby and therefore prompt hospitalisation is essential (Wisner, Peindl & Hanusa, 1994). Mental Health disorders are one of the leading causes of maternal morbidity and mortality in Australia and maternal mental illness is one of the top three causes of indirect maternal death in the perinatal period. The majority of deaths occur by violent means (Austin, Kildea & Sullivan 2007). For this reason Beyond Blue (2011) advises exploring in depth the extent of suicidal thoughts, including plan, lethality and means. During this assessment for risk of suicide, the infant’s risk must be considered.

Beyond Blue (2011) in their clinical practice guidelines stress that the theoretical approach should be empathetic, non-directive and woman centred. The theories that I have found most useful in working with my clients are Person Centred (Humanistic), Cognitive Behavioural Therapy (CBT), Feminist Therapy and Mindfulness Based Cognitive Therapy, depending on the individual client’s needs and the severity of their symptoms.

A person-centred approach forms a solid framework for establishing and maintaining a therapeutic relationship. Simpson and Creehan (2008) suggest that the key aspects of therapeutic relationship include development of confidence, trust, mutuality, active listening and empowerment. This fits well into the humanistic approach. Humanistic counselling involves a conceptualisation style that is client led and encourages the client to tell her story, resulting in collaborative definition of the problem (Milner & O’Byrne, 2004). Rogers’ (1957) core conditions of empathy, unconditional positive regard and congruence are at the basis of my approach and underpin other theoretical approaches. If the client does not experience these basic facilitative conditions the therapeutic relationship is unlikely to establish well.

Beyond Blue suggest that CBT, with its good quality evidence of effectiveness, is recommended for perinatal mental health disorders. It can be tailored to the individual needs of the client. CBT interventions are useful in the perinatal period because they are designed for time limited or brief counselling and encourage independent self-help skills. They are problem-orientated and focus on identifying the negative, self-defeating thought patterns that contribute to the depression, rather than their origins. Indeed Beyond Blue (2011) states that there is little evidence that the use of psychodynamic approach in the perinatal period is effective.

Feminist theory proposes that the shaping of values, expectations and behaviours are due to the power of the environment in terms of social and political forces (Brown, 2010). Marchant (2004) describes motherhood as the ultimate achievement and fulfilment of women’s lives, but also as the ultimate example of female oppression. My role in using this theory is to try techniques that gently challenge the individual instead of the gendered self, with a strong focus on empowerment. WHO (2009) identify a number of gender inequality and social factors that increase the likelihood of perinatal depression and anxiety, including gender discrimination, devaluing of women, excessive workloads, lack of autonomy, reduced opportunities for income generation and physical and sexual violence. The women who face greater disadvantage in mental health are Aboriginal and Torres Strait Islander women, women in rural and remote areas and women from culturally and linguistically diverse backgrounds, including refugees (AWHN 2008). Brown (2010) suggests that the Feminist Theory blends well with CBT.

In my practice I have found the use of Mindfulness Meditation beneficial as it teaches the client to focus on the present moment, noticing what they are experiencing, whether unpleasant or pleasant, without trying to change the experience itself. Though it is uncertain whether this approach helps women who are currently depressed, a number of well designed studies suggest that it is helpful in prevention of relapse (Jorm, Allen, Morgan & Purcell, 2009). It appears to be useful in preventing the mind wandering off into thoughts of the past or future and is therefore helpful in encouraging positive mother- infant interaction.

In Australia 1 in 10 women are diagnosed with antenatal depression/anxiety.

Postnatally it is more common, occurring in 1 in 7 women, but it is likely that the number of undiagnosed women experiencing perinatal depression/anxiety is considerably higher. There is an increased need for more trained health professionals to support these women and their families. With extra training, in particular with a focus on incorporating counselling knowledge and practice into midwifery, midwives are in a prime position to be a valuable and integral part of this support.

WHO (2009). Maternal Mental Health and Child Health and Development in Resource-Constrained Settings. Report of a UNFPA/WHO international expert meeting: the interface between reproductive health and mental health. Hanoi, June 21-23, 2001.