But the Good News Is …Cardiovascular Disease can now be bothStopped and Reversed with Two Simple Nutrients……. 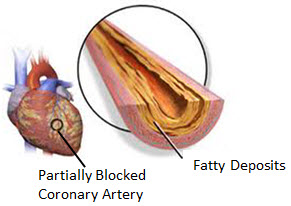 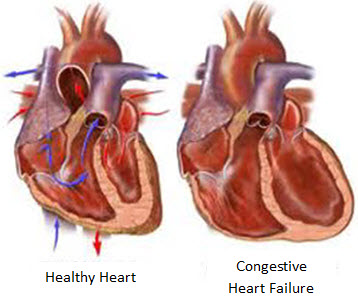 Using this Simple and Safe Treatment Approach‚ You Can Now …

Who Can Benefit from Arginine, Citrulline and Nitric Oxide Boosting?

The full story is described in the movies on Arginine, Citrulline and Nitric Oxide

The movies by 4 brilliant doctors and researchers will give you some very important insights into the use of L-Arginine, L-Citrulline and Nitric Oxide in the treatment, prevention and reversal of Cardiovascular disease and Atherosclerosis throughout the body, as well as preventing heart attacks, strokes, diabetic gangrene and neuropathy.

The treatment also has a profoundly beneficial effect with many other conditions including Diabetes, Kidney disease, improves response to Cancer Treatments as well as speeding the recovery of those who have suffered Heart Attacks or Strokes and will greatly reduce the likelihood of a recurrence.

In 1998 the Nobel Prize in Medicine was awarded to Dr Louis Ignarro together with Dr Robert Furchgott and Dr Ferid Murad for their discoveries relating to L Arginine, L Citrulline, Nitric Oxide cell signalling and Cardiovascular disease.

There has been continued research and development of the treatment cardiovascular disease using L Arginine, L Citrulline and Nitric Oxide boosting since 1998 to such a degree that it is now possible to reverse even extremely serious and advanced congestive heart failure and pulmonary hypertension.

Studies conducted at the High Desert Heart Institute in the USA by Dr Siva Arunsalam on 39 seriously ill heart patients have shown amazing results – Watch his movies to see the full story.

Whenever most doctors, specialists and professors comment in newspapers, magazines or on TV, about the use of nutritional medicine in the treatment of various diseases we often hear comments such as –

There is no real science behind the theories that nutrients can be used successfully in the treatment of serious diseases.

There have been no double blind, placebo-controlled studies supporting such claims etc. etc.
Such claims made by medical professionals untrained in nutrition and nutritional biochemistry are Uninformed and Misleading.

• The average medical professional spends approximately only 2 weeks learning about nutrition out of many years of study for their medical degrees and post-graduate qualifications.

• However, the good news is that many more doctors are studying nutritional medicine post graduate to their medical degrees. These doctors are practicing integrative medicine that combines both traditional western medicine plus nutrition and nutritional biochemistry in their practices.

• The very successful approach proposed here in the treatment of heart and circulatory diseases is supported by no less than the Nobel Prize in Medicine that was presented to 3 medical researchers way back in 1998 !

• Out of the thousands of high quality medical studies and research projects that are conducted each year around the world, only one is judged to be of such importance to the health of mankind that the Nobel Prize is awarded to the scientists conducting the research.

• So as far as scientific validation goes … It doesn’t get any better than the Nobel Prize !!

The Movies Presented Here will take you on an Amazing Journey of Discovery and Hope.

Who is at risk of sudden death in Australia from a heart attack? Sudden cardiac arrest (SCA) — or massive heart attack — as it is sometimes known, which kills an estimated 33,000 people in Australia alone each year, can strike anyone. Even a seemingly healthy person can suffer cardiac arrest without warning. According to the American Heart Association® (AHA), as many as 50% of SCA victims have no prior indication of heart disease — their first symptom is cardiac arrest.

80 year old arteries at age 37 … 15 year old arteries at 72 years of age!. Joe used the results of the research he conducted together with three pharmacologists (who subsequently won the Nobel prize in medicine for their research on Nitric Oxide and its vital cell signalling properties) to create a treatment program for atherosclerosis and circulation restoration. Dr. Joe was able to reverse his own life threatening problem with atherosclerosis completely.