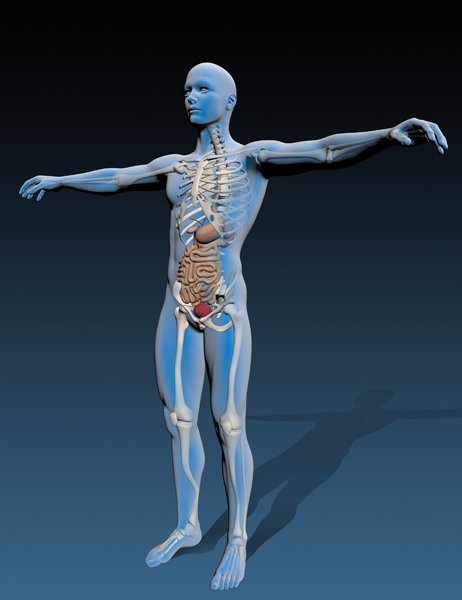 Lactobacillus rhamnosus has long been known as the probiotic species for the prevention and treatment of eczema. However, strain specificity has not always been conclusive in collaborative research. A revolutionary set of clinical trials published in June 2013 now spanning six years have shown Lactobacillus rhamnosus HN001 in particular, to yield a high efficacy in preventing infant and childhood eczema, as well as effectively lowering atopic sensitisation.
The application of Lactobacillus rhamnosus for the prevention and treatment of eczema is well-known in gastrointestinal immunology. The supporting evidence is extensive, and many previous clinical trials have shown this specie’s effectiveness not only for eczema management but also for a diverse range of conditions in which the gastrointestinal micro flora is compromised. Many factors influence the relationship between probiotics and the risk of eczema and atopic development, particularly in infants. These factors include dosage, post and pre natal timing, treatment duration, and the exact probiotic strain administered.
A double-blind randomised placebo controlled trial was conducted on 425 high risk infants (diagnosis of allergic disease present in either parent) born to mothers who were administered 6 x 109 CFU/day (6 Billion CFU) of L. rhamnosus HN001 from 35 weeks gestation up until the infant reached 6 months of age for nursing mothers, and direct infant supplementation from birth until the age of 2. At 2 years of age infants receiving the supplementation had a dramatic 50% reduction in eczema prevalence. At 4 years of age, 2 years after the treatment ceased, this positive effect continued to persist in the infants. Intriguingly at this time researchers also discovered a significant protective effect on infant development of rhinoconjunctivitis, an effect not found with other prominent L. rhamnosus strains.
Researchers have now followed up and obtained data from the same infants at 6 years of age. The follow-up trial was supported by powerful assessment criteria which included SCORAD Eczema Severity Scale, Skin prick test sensitization, total IgE serum specific IgE, and parental questionnaires. The researchers found at 6 years of age, 4 years after probiotic supplementation was discontinued, a monumental 40% decline in cumulative prevalence in eczema persisted, alongside a 30% reduction of developing atopic sensitisation.
The mechanism by which probiotics influence the innate immune system is through their ability to provide a more balanced Th1/Th2 immune profile. Allergic diseases have long been linked to dominant Th2 responses, suggesting that probiotics may protect against atopic conditions by suppression of Th2 cytokines and the corresponding stimulation of Th1 cytokines. L. rhamnosus HN001 has also been found to amplify natural killer cell and neutrophil activity.
The immunomodulatory effects of L. rhamnosus HN001 are evident in the elevations of interferon gamma (IFN?) found in the cord blood, and the elevations of transforming growth factor beta (TGF-?) found in the breast milk of mothers in this trial.(1,2) This has been known to be protective against the immunological outcomes of allergy. Epigenetic effects of probiotics on gene expression may also play a major role on the above findings.(2)
The lasting protective effect, seen following the 2 year initial treatment duration is of fundamental clinical significance for the evidence-based practitioner. Gestational/infant supplementation of L. rhamnosus HN001 has proven to be defensive against eczema and atopic sensitization into the first 6 years of life. The immunomodulatory effects discussed above could see further research into immunological protection for the adolescent and adult years.
Based on the article:
Wickens K, Stanley TV, Mitchell EA, et al, Early supplementation with Lactobacillus rhamnosus HN001 reduces eczema prevalence to 6 years: Does it also reduce atopic sensitization? Epidemiology of Allergic Disease. 2013 Jun; 10.1111/cea.12154
References available on request.
Written by Sunaina Patel
BHSc (Nat) MHN
Brought to you by the
Bio Concepts Education Centre
Founded by Henry OsieckiTherapeutic Nutrition