Activated B3 (NADH)- the supervitamin body and mind energizer 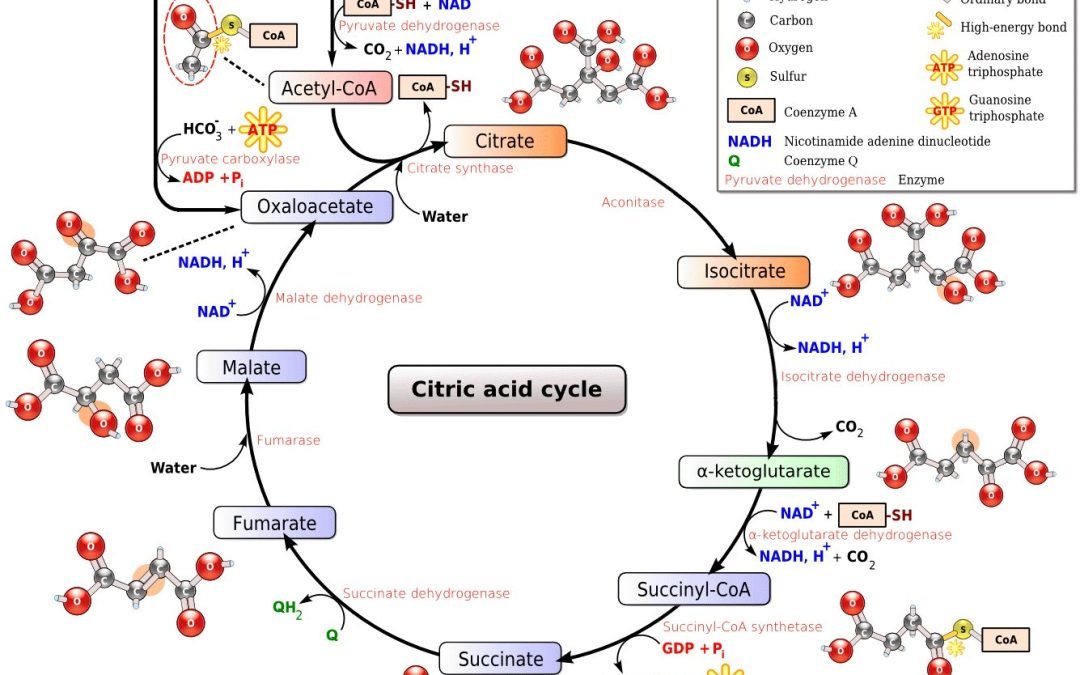 Activated B3 (NADH)– the supervitamin body and mind energizer

As already noted, NAD(H) is the coenzyme or active form of vitamin B3. The chemistry of NAD(H) is some of the most complex in the human body. NAD(H) is necessary to oxidize (burn) all foodstuffs (fats, sugars, amino-acids) into ATP bioenergy. There are three interlinked energy production cycles: the glycolytic (sugar burning) and Krebs’ citric acid cycles (aminos and fats are “burned” through the Krebs’ cycle), and the electron transport side chain.

A glycolytic cycle “waste” end product- pyruvic acid- helps power the Krebs’ cycle, while electron “sparks” released from the step by step slow “burning” that occurs in the Krebs’ cycle provide the fuel used by the electron transport side chain to generate much of the ATP bioenergy that literally powers our life. NAD(H) is involved in all of these different cycles, as well as in the conversion of the pyruvate end product of the glycolytic cycle into the beginning fuel of the Krebs’ citric acid cycle. It is NADH, which captures the electron “sparks” thrown off during Krebs’ cycle oxidation and shuttles them to the electron transport side chain energy production cycle.

Each unit of NADH is capable of generating three units of ATP energy. In a very real sense, NADH is the “energy of life” coenzyme. If you take look at the Citric Acid Cycle diagram attached you will see the important reactions NADH is involved in.

NAD(H) is a relatively large and complex molecule, as coenzymes go. It is vitamin B3 (niacinamide) combined with a ribose (5-carbon sugar), a phosphate group and an adenine nucleotide (a DNA component). NAD(H) can be made in the liver and other cells from vitamin B3.

It can also be made from the amino acid L-Tryptophan at the “expensive” ratio of 60mg tryptophan for 1mg B3.  Taking in exogenous (from outside the body) B3 or NAD(H) may spare the scarce amino acid tryptophan, which is the least plentiful amino in any normal diet.  Tryptophan is the precursor of one of the most important antidepressant neurotransmitters, serotonin.

J.D. and W. Birkmayer of the Birkmayer Institute have pioneered the clinical use of NADH only in the last decade for Parkinson Therapy, Vienna, Austria.

The Birkmayers’ are the first to develop a stable and absorbable oral tablet form of NADH. They have also conducted groundbreaking research on the use of NADH in Parkinson’s disease, depression, Alzheimer’s dementia and fatigue.

In a series of scientific papers published between 1989 and 1993 the Birkmayers have related their clinical success with NADH in Parkinson’s, as well as provided supporting biochemical experiments and rationale for their success with NADH.

Parkinson’s disease, one of the most common neurological diseases of aging, involves the gradual and even more severe destruction of the dopamine using neurons, in a brain region called the substantia nigra. Parkinson’s involves movement disorders, speech difficulties, depression and cognitive dysfunction.

The traditional medical therapy for Parkinson’s is L-dopa, the amino acid precursor of dopamine. However, this therapy has serious drawbacks. After a period of use, even higher L-dopa doses are required, and these eventually cause severe side effects. In addition the dopamine formed through L-dopa therapy is prone to auto-oxidation to free radical forms that eventually “burn out” what few dopaminergic neurons are left.

(Parkinson’s disease begins when the substantia nigra neuron population has dropped to 20-30% of normal).

The Birkmayers discovered that the coenzyme that activates tyrosine hydroxylase – tetrahydrobiopterin (H4BP) is reduced 50% in the brains of Parkinson’s patients compared to age matched healthy controls. They further discovered that NADH activates the enzyme, which helps produce H4BP.

The Birkmayers thus decided to try a therapy that might increase the brain’s own production of dopamine, rather than suppress it as L-dopa therapy eventually does.

Both groups showed overall good response to treatment, especially in motor improvements, walking, pushing, posture and speech. They also noted cognitive and emotional improvements in some patients, and surprisingly, the improvement figures for both IV and oral NADH were almost identical, and the maximum total improvement was actually shown by oral NADH users.

The Birkmayers also found increased urinary excretion of dopamine metabolites in the patients, indicating there was an actual NADH induced increase in dopamine production. They also were able to reduce and even eliminate other anti-Parkinson medications in some patients.

NADH and its anti-depressant abilities

Based on their success with NADH treatment of Parkinson’s patients, the Birkmayers decided to try NADH as an antidepressant in 205 depressed patients. There are multiple theoretical rationales for such use.

It is generally accepted that dopamine and/ or noradrenaline are frequently diminished in the brains of depressed patients, and drugs that raise brain dopamine/ noradrenaline levels will frequently end depression. In addition, through NADH’s sparing of tryptophan (discussed earlier in this article), more tryptophan would be left to end up as brain serotonin, another neuro-transmitter frequently reduced in depressives, and when drugs or tryptophan supplements raise brain serotonin, this frequently halts depression.

Lastly, it should be noted that the human brain must produce and use 20% of the body’s total ATP bioenergy, and PET scans of the brains of depressed and demented people frequently show reduced brain energy production. Thus, through its multiple roles in producing ATP energy, NADH might be expected to literally energize the brain, and depression may be in part the mental/ emotional direct experience of the brain’s lowered energy status.

Not surprisingly therefore, the Birkmayers reported in their 1992 paper in New Trends in Clinical Pharmacology, a beneficial effect in 93% of the NADH treated depressed patients.

Because many Parkinson’s patients exhibit dementia as well as neurotransmitter problems, while many Alzheimer’s patients exhibit neuromotor dysfunction as well as dementia, the Birkmayers next tried oral NADH on 17 Alzheimer’s dementia (AD) patients (unpublished paper). These patients ranged from mildly to severely demented. The results were nothing short of astounding! Not only did NADH halt the progression of Alzheimer’s disease, it significantly reversed the cognitive and behavioral problems, even in the worst cases.

The NADH therapy was even able to restore some patients from being virtual “vegetables” to a semblance of normalcy. The Birkmayers also did before and after urinary analyses of dopamine and noradrenaline metabolites and found evidence indicating significantly improved brain dopamine/ noradrenaline activity. While deficits in the function of acetylcholine neurons is the more well known pathology of Alzheimer’s dementia, studies have also shown seriously diminished dopamine/ noradrenaline nerve activity in Alzheimer’s dementia.

In several patients NADH was halted briefly to determine if the improvements would last without it. After several weeks absence of NADH (after a year’s NADH treatment), deterioration began. Once again, NADH was started, and the previous improvements were regained.

In June 1997 W. Birkmayer was to announce the details of a successful trial using NADH to combat fatigue at a Las Vegas health convention. I was unable to get the details at the time of writing this article.

However, given the multi-dimensional roles of NADH in all aspects of human cellular ATP production, favorable results with NADH in fatigue situations is hardly surprising.

The standard dosage of NADH has been 10mg, taken with water 30 minutes before breakfast.

Animal studies suggest 1000mg per kilogram of body weight (70,000mg for a 154 pound human!) to be a tolerable dosage, so aside from the expense, there is no reason not to experiment with higher doses should 10mg not suffice to bring a hoped for benefit.

Those wishing to use NADH in Parkinson’s cases might do well to accompany it with tyrosine and deprenyl.

Those wishing to try NADH for depression might add DLPA, tyrosine and/ or tryptophan or 5-hydroxy-tryptophan.

Those wishing to try NADH for Alzheimer’s dementia might include acetyl-L-carnitine and DMAE or centrophenoxine (Lucidril) with NADH.

In serious fatigue situations, B-complex vitamins, alpha-lipoic acid, CoQ10 or Idebenone and magnesium would be synergistic with NADH.

In situations involving chronic alcoholism, however the cellular NAD/ NADH ratio is already detrimentally skewed in favor of NADH, so NADH would not be appropriate.

Given the routine interconversions in all cells between niacin, niacinamide (2 forms of vitamin B3), NAD and NADH, as well as B3’s sparing effect on tryptophan, it may be useful to add small (50-100mg) doses of vitamin B3 to any NADH regimen